Every Room In Britain 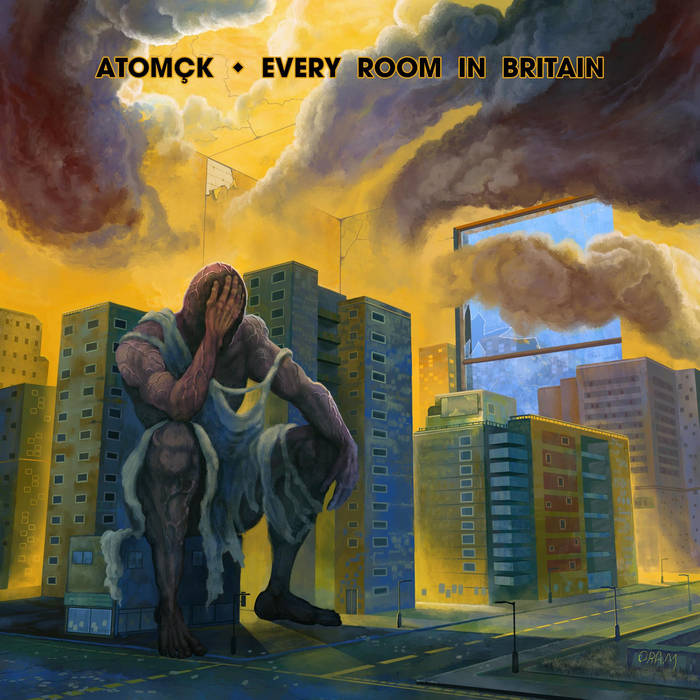 Atomçk are a trio from the UK's wet and wild south-west. They have been plugging away for over a decade, evolving their primitive noise roots into a uniquely eccentric and offbeat brand of grindcore for thee end-tymes. "Every Room In Britain" is a 17-minute head crusher of cacophonous chaos, all furiously catchy riffs and inhumanly shrill, stuck-ape vocals with pinpoint drums that border on the chaotic.

Recorded and mixed by Boulty at Stuck On A Name Studio, on December 3rd and 4th, 2015. Mastered by Brad Boatright at Audiosiege.

Co-released by Rip Roaring Shit Storm, Made In The Meth Lab, Stop Talking, Wooaaargh and SuperFi.

Established in 2000. Been involved in about 90 different releases so far on a variety of formats.

Bandcamp Daily  your guide to the world of Bandcamp